The Covid-19 pandemic and necessary response hit the Buffalo and Erie County Naval & Military Park hard this summer.  New restrictions forced the cancellation of spring and fall encampments and delayed Opening Day by more than three months. Even after opening, The Park could only operate at 25% visitor capacity.  Facing a six-figure operating income deficit, The Park needed to take action.

Naval Park officials turned to Abbey Mecca to lead the development of a multi-channel fundraising campaign that would raise desperately needed funds. Our team created the All Hands On Deck campaign – an integrated effort reaching out to supporters and the general public. Our team designed creative for the general fund drive including direct mail, email, outdoor and a dedicated website to facilitate secure online giving. 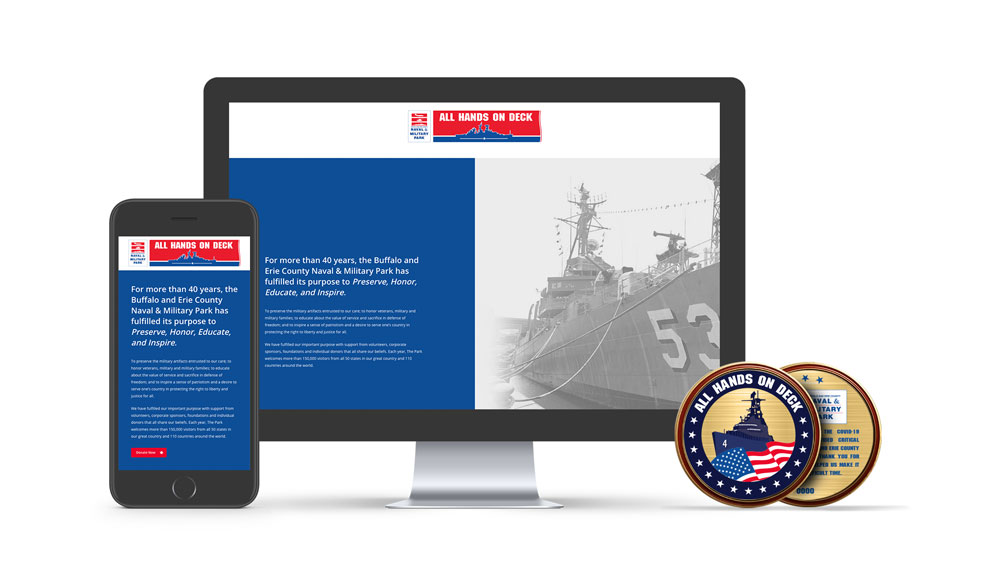 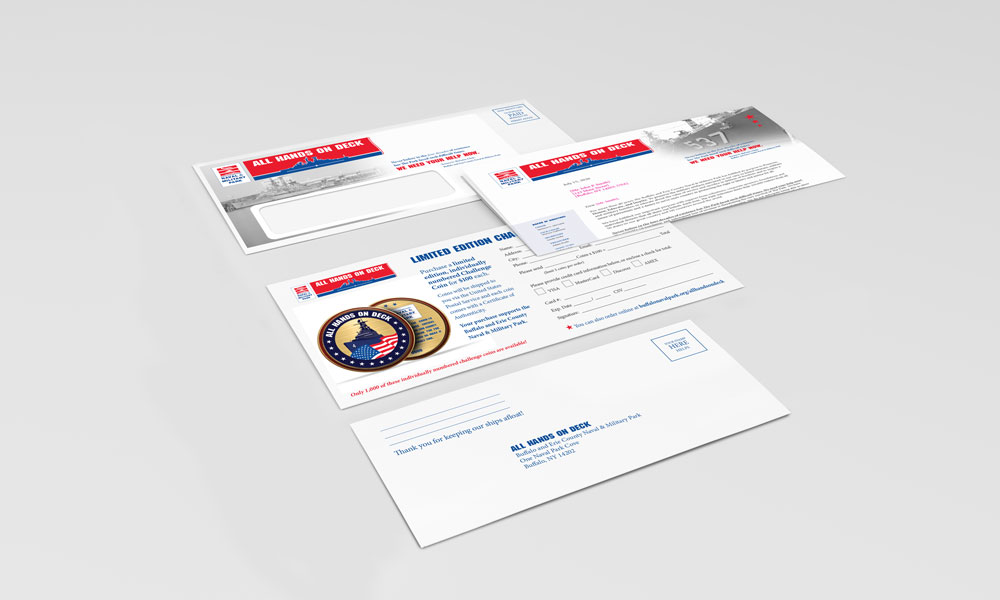 We extended the campaign design to free-standing donation boxes that were wrapped with vinyl graphics and placed throughout The Park.  All Hands On Deck Challenge Coins were minted for sale to collectors and Park supporters – only 1000 were made. Abbey Mecca art director, Paul Maurer designed the coins and the Buffalo Renaissance Foundation underwrote the cost so all proceeds from coin sales will go to The Naval Park. 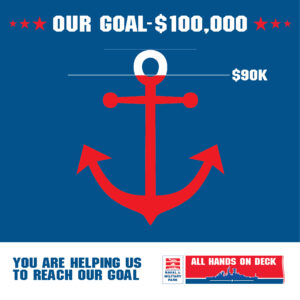