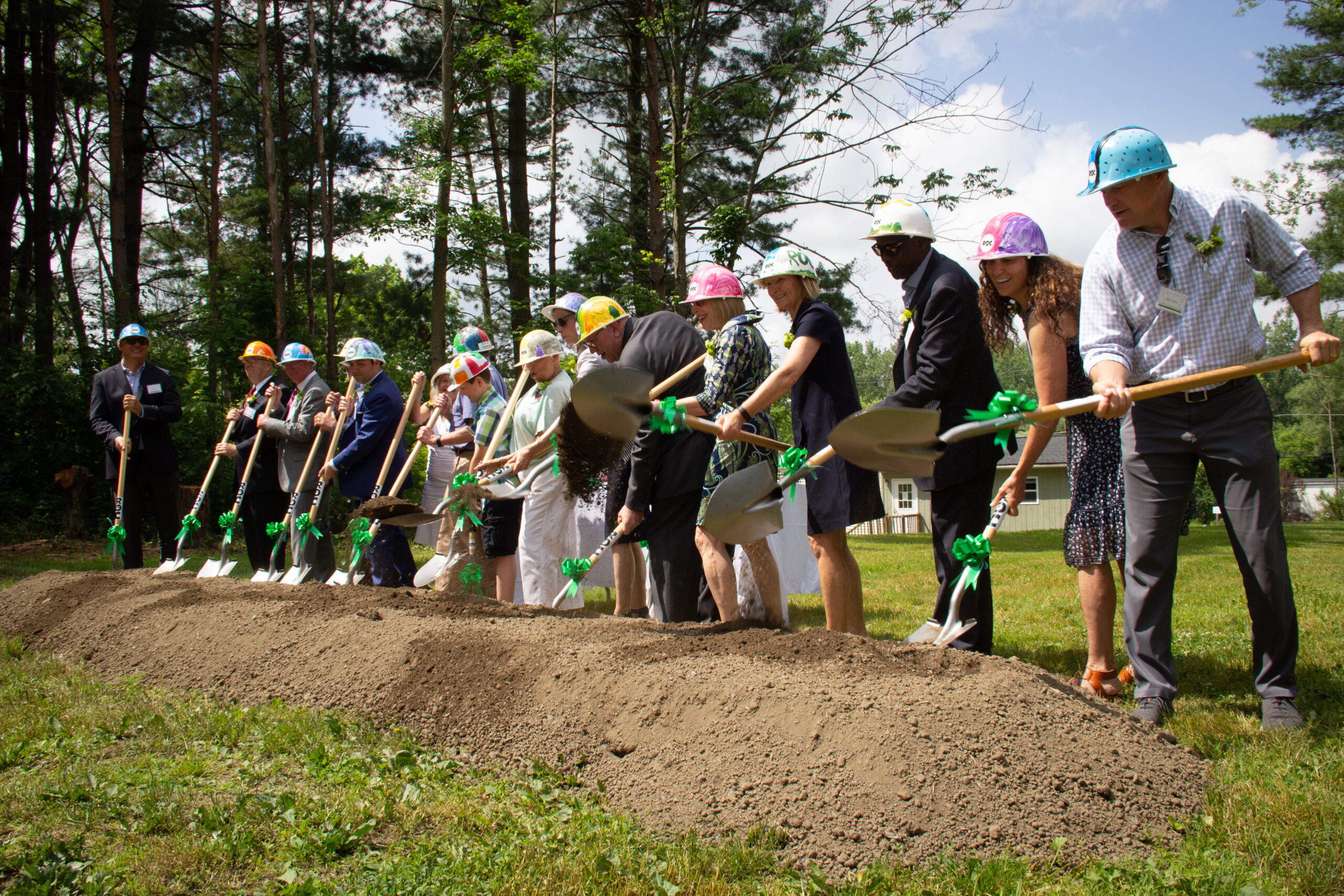 “More than 45,000 persons live in poverty in the rural areas of WNY.” commented Dr. Frank J. Cerny, M.Div., Executive Director, Rural Outreach Center. “ROC’s mission and model are focused on providing support services and teaching self-sufficiency to end the multi-generational cycle of poverty.” This past year, ROC has seen the number of individuals served increase by 200%, as well as a 20% increase in general, housing and food insecurity related requests, and a 30% increase in student academic stress and mental health assistance requests.

When our team began working with East Aurora, New York based Rural Outreach Center, or The ROC, we were unaware of the magnitude of rural poverty in Western New York State. We quickly learned the extent of the problem and the work ROC is doing to put an end to rural poverty.

Our team was motivated to lend a hand with public relations and marketing communications for the ceremonial groundbreaking for a new ROC building called ROC Central. When completed, ROC Central will house the organization’s main office and program site. For many years the ROC has operated from a repurposed FEMA trailer, however, increased demand for ROC services and programs created the need for a larger, modern, and more efficient building. 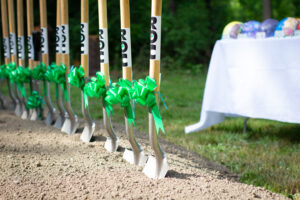 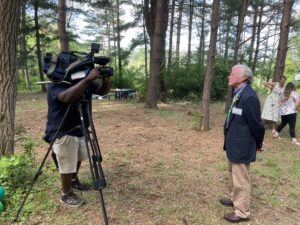 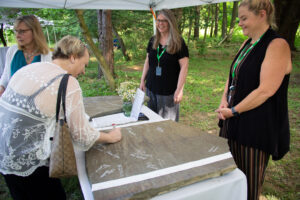 The design of ROC Central brings together the many services and programs offered by the Rural Outreach Center. The building will include offices, counseling rooms, large, open, dividable areas, for children’s programming including play therapy, larger community gathering spaces, and small group sessions, a plaza, and meditation/chapel access to the building for worship. ROC Central will be a community asset, designed to be a place of hope and healing for families living in rural poverty. 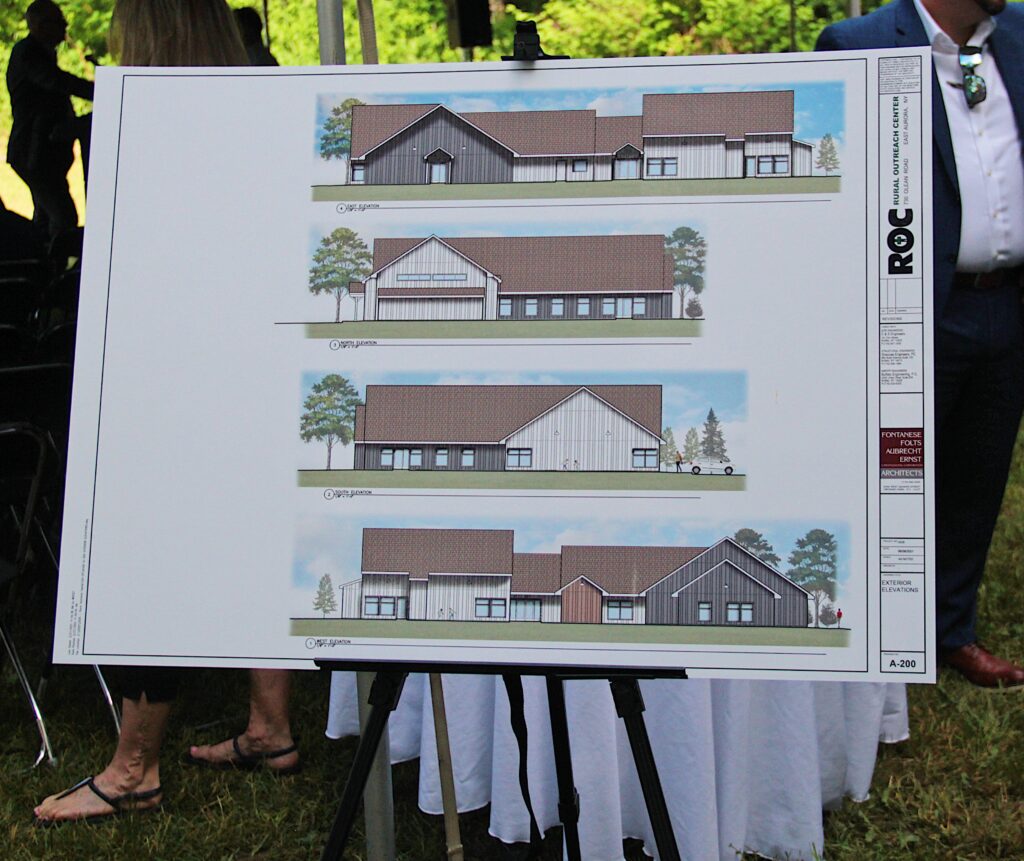 The groundbreaking signified an important milestone in the history of the organization. The Rural Outreach Center grew out of the work of Pathways ChristianFellowship and was founded in 2006 by Dr. Cerny and volunteers united in their faith. The group was committed to fighting multi-generational rural poverty in the community. The group held free monthly community meals to listen to residents and better understand the issues. Programs and partnerships evolved to provide “wrap-around” services and in 2013 ROC became an independent 501(c)3. 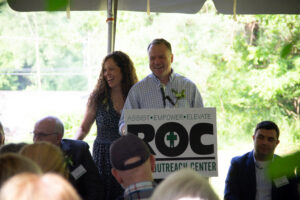 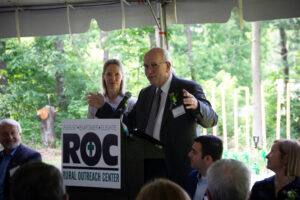 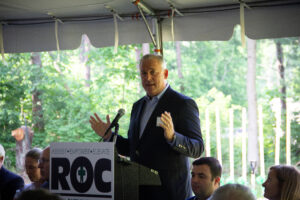 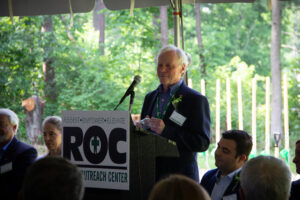 In 2019, the ROC board of directors launched the Reaching Out Capital Campaign to raise the funds necessary to build ROC Central. The groundbreaking provides a fitting backdrop for an update on the campaign progress. “Many people have made significant philanthropic investments in our mission and it is the outpouring of generosity that is the reason we are launching the public phase of the Reaching Out Capital Campaign today.” commented Christye Peterson, ROC Board member and Campaign Chair.

The Reaching Out Capital Campaign goal is to raise $4,200,000 estimated to support the construction and buildout of ROC Central. The Reaching Out Capital Campaign cabinet is led by Christye Peterson, Chair, along with Sarah and Steve Tasker serving as Honorary Co-chairs. The Campaign received $650,000 from some well-known foundations in Western New York. KeyBank and First Niagara Foundation and The John R. Oishei Foundation teamed up to provide $350,000 and $300,000 respectively as part of a community Match Challenge. The Reaching Out Match Challenge concluded on June 1st and raised $816,000 from community donations and a total of $1,466,000 with the matching support.

In addition to the lead gifts from KeyBank and First Niagara Foundation and The John R. Oishei Foundation, the campaign Match Challenge has received major support from the M&T Charitable Foundation, Moog Inc., Children’s Guild Foundation, Bank of Holland, Arric Corporation, Certainly Wood, and the Daniel and Flavia Gernatt Family Foundation. More than one hundred individuals have also contributed to the Campaign and Match Challenge. 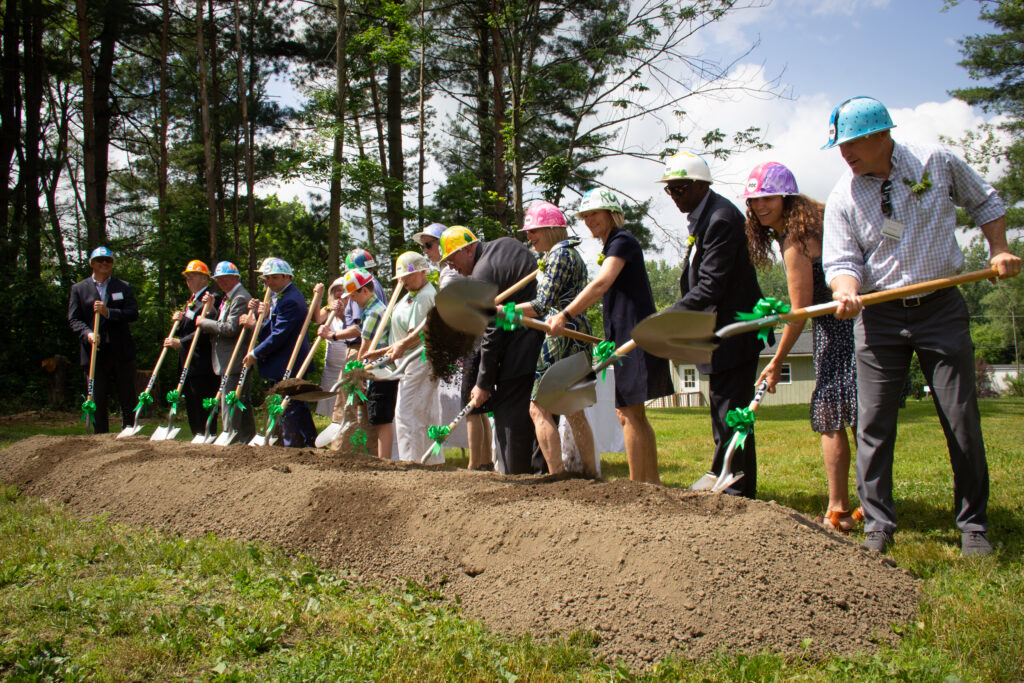 Abbey Mecca is thrilled to be working with the ROC in the fight against rural poverty and towards the successful completion of the Reaching Out Campaign and construction of ROC Central.